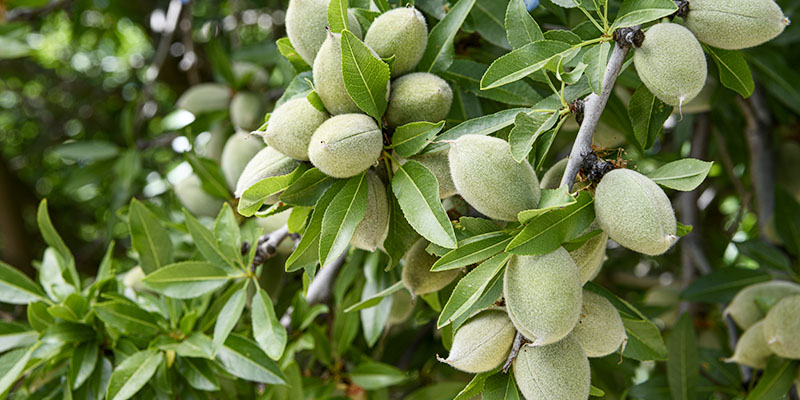 Almond breeding is a growing industry for Australia, and with plant breeder’s rights in place, its becoming more competitive globally.

Hear from Dr Michelle Wirthensohn from the University of Adelaide’s almond breeding program about the significant role plant breeder’s rights (PBR) plays for them, their industry, and in supporting Australian agriculture.

The industry approached the university to start a breeding program because they were worried they didn't have enough varieties out there. So we started designing crosses, importing varieties, doing the field work in the Riverland in association with growers, and then doing all the evaluations here in the labs.

So we design crosses to maximize the traits that the industry are after. If we need to we import pollen. Now we import new varieties to bring those traits in and do the crosses and then plant them out and evaluate them.

So it's important for new almond varieties to be developed in Australia because the industry really were only relying on three main varieties. And if any one of those varieties fell over for some reason, like disease or whatever, the industry production would drop dramatically.

It's important for new varieties to be developed in Australia because our conditions are different than say, for instance Spain, which is a big producer of almonds, and we import a lot of Spanish varieties for the breeding program. You know, our climate's different, our soil is different, and we actually have different markets too than what the Europeans have.

So the almond breeding program has commercialised six new varieties since the beginning of the program. The number of varieties that we've produced - or seedlings - is about 38,000 since 1997. And of that 38,000, maybe 60 have gone on to the next stage of trialling (they're still ongoing). From those we've got the 6 commercial varieties.

PBR protection is very important because it gives us then the right to determine who gets to propagate our variety. We're also then able to commercialise overseas and charge royalties from overseas nurseries, and it's also money back for the funding body and for the university for the work that they've done.

The PBR protects the variety from misuse by the university being able to take someone to court, for instance if they propagate without a license from us. So, it gives us control of who has the budwood and who they sell to.

I wouldn't launch new varieties without PBR protection because you then lose track of which nurseries have your budwood. You have no idea of how many of your trees are out there, and you also don't receive any royalties to help keep the breeding program going.
Plant breeders rights
Our website uses cookies to improve your experience.
Learn how we collect and use data